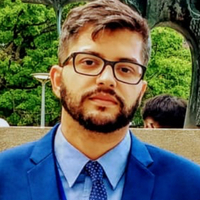 Bruno Magalhães has worked as a visiting post-doctoral researcher at UvA and studies the making of borders. He now holds an appointment as executive director of PUC’s recently established Digital Humanities Lab (#dhLab) – a transdisciplinary research centre where anthropologists, computer scientists, geographers, engineers, sociologists, poets, art historians, architectcs, psychologists, and all sorts of interesting people – including the odd IR scholar – are working together to get ahead of attempts to govern people by governing data.

He is curious about how distinctions – normal and abnormal, welcome or unwelcome, dangerous or safe – are practically accomplished, sustained and refused and has been exploring the issue of bordering through studies of practices related to asylum screening. Bruno looked at how it is decided who is an economic migrant and who is a refugee, for instance, and at how an asylum application is labeled manifestly unfounded. Studying these issues has brought him to read stuff on norms, discretion and the role played by biometrics, and other data-gathering tools, in border decision-making. His current obsession is with following people and things as they acquire different values throughout a chain of translation. Take a tool used to fingerprint migrants: It takes a lot of work to make a scanner built in, say, the Netherlands, to function ‘well’ in a place as far as, say, Brazil. How is this sort of ‘on-the-spot’ valuation achieved? That is the kind of question that has puzzled him lately. And he is trying to bring this kind of question to bear over migration and STS debates.